It‘s about rise and fall, a long spell of hardship, adversaries who become allies, fighting for what is good and meaningful, and ... a happy ending.

Initially everything went according to plan, the ground-breaking ceremony was held in 2013, and it was planned that the project would be completed and the plant connected to the electricity grid and the natural gas grid in 2015. The project was running smoothly and the building activities were progressing nicely. But then, in 2014, with the construction activities in full swing, there was some terrible news: agri.capital, the client and investor, had gone bankrupt! The work was stopped immediately and the unfinished project became part of the insolvent estate.

The chances of a turnaround and a fresh start were slim. But then suddenly, in 2018, two experienced biogas entrepreneurs from the German Westphalia district discovered the project for themselves, bought it, and energetically started to plan its reactivation. Their initial plan was to extend the existing permits, revise the concept, adapt the technology, and continue building the project on the basis of the existing built structure. However, there was yet another unexpected turn of events shortly before the project was to be restarted together with UTS. The Westphalian investors decided to sell the project again.

And, as a result, in late 2019, the plant became the property of BALANCE Erneuerbare Energien GmbH.

In short, the goal is to build a biomethane plant which will enable BALANCE GmbH to feed approx. 700Nm³/h of climate-neutral biogas of natural gas quality into the natural gas grid per hour. The “green gas” is stored in the grid, so to speak, making it available for use all over Germany.

To make this possible, a gas treatment plant from the Schwelm company brings the raw biogas from the biogas plant to a methane content of approx. 97%. The biomethane can then be taken from the grid and used wherever this makes sense. For example, as a climate-neutral fuel for public transport (natural gas-fuelled buses), as well as for “green” heat and power generation in CHP plants of hospitals, swimming pools, industrial companies or in district heating networks.

This makes the plant a further component of the energy transition through green gas for BALANCE and an example of how the future can be shaped to achieve a WIN-WIN-WIN situation from both a climate and an environmental point of view.

Well it’s large, as the performance data suggests, but compactly built. But let‘s start from the beginning: at the substrate which is fermented to biogas in the plant. The substrate consists of renewable raw materials such as corn and grass silage, as well as approx. 10-15% of dry chicken manure from regional farms. Some 45,000-50,000 metric tons of input materials are processed in the plant under full load per year, resulting in approx. 700Nm³ of biomethane being produced or fed into the grid per hour, enough to supply approx. 3,000 to 4,000 households with energy.

Two Havelberger solids feed-in systems with capacities of 120m³ and 150m³ and the conveyor technology that is typical of UTS plants feed two pre-digesters and two of three main digesters with solid substrate.

Besides being very robust, the Havelberger scraper chain conveyors with milling rollers and the installed conveyor technology offer the advantage that they can convey fibrous material into the tanks without any obstructions and with low energy consumption. If required, liquid manure can also be supplied and introduced via a preliminary pit.

The contents of the five digesters are mixed by a total of 14 state-of-the-art UTS PSM mixers with gearless direct drive and intelligent DMC control. These mixers not only provide the necessary thrust and mixing, but thanks to their power consumption of approx. 7 - 9kW, they are also one of the most energy-efficient mixing systems on the market.

A total of 17 Service Boxes Pro enable easy and safe access to the mixing equipment at any time and feature integrated and frost-protected overpressure/underpressure safety devices, as well as “clean” gas tapping points far above the substrate level. Pump structures with progressive cavity pumps and a UTS ZPS (central pumping station) and numerous pumping options in all directions ensure sufficient operational flexibility. Two UTS FSP-B 78/15 separators ensure high solids separation of already fermented material and enable the dry matter content to be regulated by returning the filtrate to the digesters or, optionally, to the fermentation product storage.

The entire set of equipment is designed to achieve the efficient, trouble-free, economical, and above all safe operation of the plant throughout the fermentation process.

The Gordemitz plant became operational by late 2020, and it will start to actively contribute to environmental and climate protection by end of January 2021. This has been a challenging project, which, given its rather uncommon start and project set-up, initially required a lot of good will.

At the start of this article, we referred to a happy ending. UTS, Schmack, BALANCE, and Mr. Kellermann from greenValue managed to combine their competences and capacities to optimum effect. This made it possible that the project was completed “in time and according to budget” and at a consistently high technical level.

The plant will soon be connected to the mains in Gordemitz and it is a showcase project in many respects. Not only that, but in the end, there
will only be winners: BALANCE as an operator, UTS & Schmack as contractor, local farmers, gas consumers and, last but not least, the climate. WIN-WIN-WIN.

All that remains is for the heroes of the film to ride off into the sunset together... 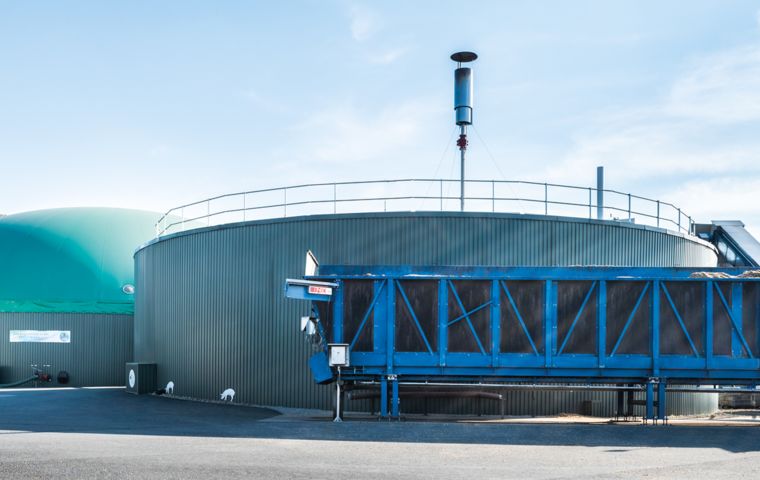 An economical and ecological masterpiece 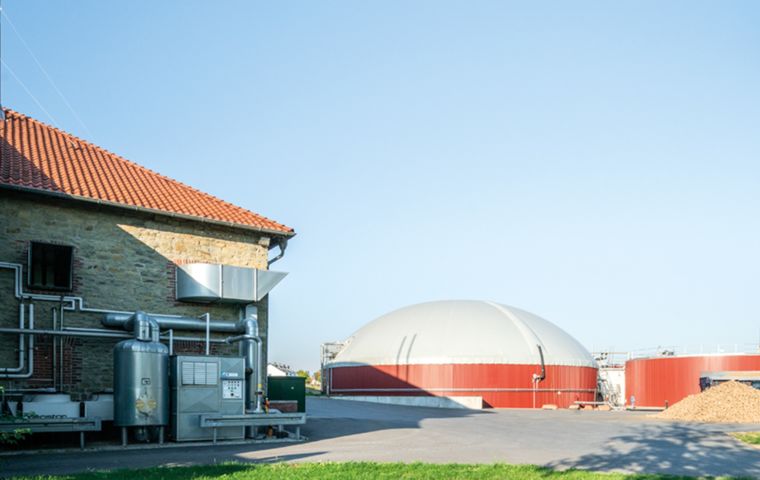 Why wouldn’t you think of everything right from the start? 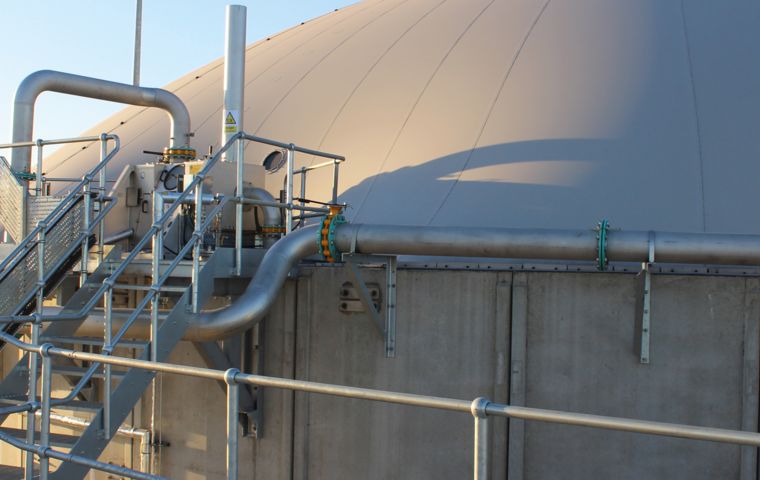 For urgent orders outside of our business hours, please reach out to our on-call service via the